India’s largest desalination plan twas inaugurated in Chennai on Saturday the 31st July. The facility will draw water from the Bay of Bengal, process it using the reverse osmosis technology and supply purified water to the city. The joint venture between IVRCL Infrastructures and Project Ltd and Befessa 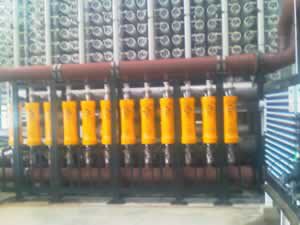 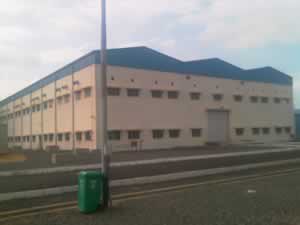 of Spain, spread across 60 acres, has been built at a cost of  Rs 600-crore at Minjur. It can desalinate 100 million litres of water per day, sufficient for around 2 million people. Thus it would cater to half of Chennai’s population of about 4.5 million. What is most interesting is the fact that the plant will supply water to the Chennai Metropolitan Water Supply and Sewerage Board at a cost of just about 5 paise per litre for the first 25 years. The competitive pricing is because the facility adopts an energy-conserving desalination process, According to CMWSSB officials yet another desalination plant with similar capacity is expected to come up in Tamilnadu by 2012.

Earlier, in January this year, Saudi Arabia’s national science agency announced a new initiative to build solar-powered desalination plants to reduce water and energy costs by 40 percent. For Saudi Arabia there had been no breakthrough in the cost of desalination. The gradual reduction in cost due to improvement in technology had been mostly offset by increased material and labor cost. The initiative will be carried out in several stages, and the first plant will be a small, 30,000 cubic meter per day facility in Al-Khafji. In comparison, the Shoaiba 3 project on Saudi Arabia’s west coast is the world’s largest plant, producing 880,000 m3/d .During the initiative’s second phase, a 100,000 m3/d plant will be built. Eventually a network of plants across the country.