A Relook at Delhi’s Water Logging by Manohar Khushalani

Shikha Rai re-dug and re-built the entire drainage system. It was specially tricky because the crossover bridges built by residents to enter their driveways, had to be cut and new crossover ramps were built by SDMC on each driveway of each house. The storm water drains were covered by porous RCC slabs, so that cars can be parked and rain water can flow into the drains and road muck was restrained. The effect was really dramatic. Every monsoon the streets, which were ankle or knee deep with water earlier, got drained away much faster. 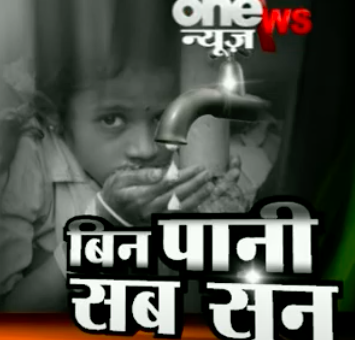 Sewage treatment is also very necessary because otherwise rivers get polluted by the sewage. Sewage farms have been replaced by construction building. Dilution of water has become impossible after people started covering the gutters. These stormwater drains have been made by using public tax money and no one has the right to block them. A formal penalty will be the best solution to this problem.

CHENNAI: While homeowners and residents associations across the city are busy squabbling and haggling with water suppliers, ever since an acute shortage in supply began this summer, those living in an apartment complex in...

Ambitious dreams have now become a reality as the Ocean Cleanup deploys its $20 million system designed to clean up the 1.8 trillion pieces of trash floating in the Great Pacific Garbage Patch. Check...

THROWBACK: How China’s ‘sponge cities’ aim to re-use 70% of rainwater

The Anthem with a message you can’t help admiring

This article from Economic Times clearly points out how our so called ‘traditions’ of immersive devotion are immersing all of us into a cesspool of Poison https://m.economictimes.com/news/politics-and-nation/immersions-left-yamuna-unfit-even-for-bathing/the-severe/slideshow/67178434.cms

Background   Sanitation is a key issue for women, consistent with their need for privacy, dignity, safety and self respect. Lack of basic sanitation and safe water significantly impacts the health and...

The world is addicted to plastic. It was once sold to consumers as the product of the future, a symbol of the modern times to come. But decades later the reality is that the...