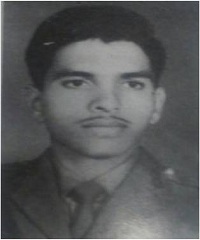 A Case Study of formation of a huge cavity of the size of a football field and of one third the height of Eiffel Tower through the crown of a cavern.

Series’ Next “Surprise” -The Unexplored Mega Shear in Punatsangchhu-II Dam

Manohar Khushalani, Rajeev Babar, Kuldeep Kumar and Sanjeev Kaushik were the four panelists invited for this discussion, for an expert opinion, on the dirty water problem faced in Delhi. The TV9 Channel Recording of the discussion gives an insight into the perspective of the general public and how they’re facing this problem.

Indus Water Treaty is considered to be one of the most successful water-sharing endeavours in the world today. For 56 years, both India and Pakistan have been peacefully sharing the water of Indus and its tributaries, thanks to The Indus Water Treaty (IWT). But since the ratification, there have been a number of issues raised by both countries over the ethical use of the treaty and the water itself.

Manohar Khushalani stated that the big factors that have led to this crisis in Tamil Nadu are deforestation and mining, in other words construction of buildings for development is in the process.. These types of constructions have halted the recharge of lakes and reservoirs that supply water to the households, and since the recharge has stopped, the major lakes and reservoirs have gone completely dry. Even the amount of rainfall has been declining and that amount was not enough to recharge the lakes.

The strata shows small scale, S- shape tight folds and broad warping of the beds at places, indicating that the rock strata has undergone the polyphase deformation in the past leading to development of numerous criss-cross structural discontinuities like joints, shears etc. of different orders. Five prominent and two random joint sets are recorded in the right bank. The foliation is very close to moderately spaced from 2cm to 60 cm and dips towards valley slightly in d/s direction; however rolling of dip is observed at places, there it dips into the hill due to folding and warping. The general topography and gentle natural slopes on the right bank of river are controlled by low and valley ward dipping foliation planes.

WhatsUp In the Name of Ganges? asks Manohar Khushalani / News24

After this, general people listening to this discussion were asked to give their views. Some say that the government has been deaf to the messages of people. Others say that people are also equally at fault and they need to work with the government. Some also demand a clear cut detailed declaration of where the budget money was used as they feel it might have been embezzled.

The Punatsangchhu-II (PHEP-II), a 1020 MW project with scheduled date of commissioning of year 2017 at cost of Rs. 37778 millions, new approved project cost of Rs. 72900 millions ( US $ 1.04 billions), expects further escalationin its cost to Rs. 80000 millions ( US $ 1.14 billions), with already incurred cost of about Rs. 65880 millions, is delayed due to the huge rock mass failure in its underground Downstream Surge Gallery (DSSG), resulting in a huge cavity of about 91m height x 70m length and 45m width in the crown of the DSSG. The Dam foundations had encountered, a thus far unexplored, mega shear of maximum 30m width, cutting across the length all the 4 dam blocks diagonally. The shear zone with its about 35ᵒ to 45ᵒ dip, continued under the foundations to large depths.

Article 370 and 35A – as introduced in the Indian Constitution for granting special status to Jammu and Kashmir, were a fundamental breach of women’s fundamental rights as Indian citizens. A glorious tradition that believes in