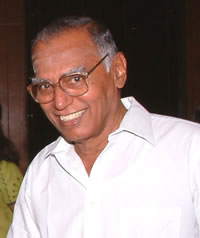 He has Several Books to his credit in English, Tamil and Sanskrit and is the leading Expert in the country  on South Indian Bronzes. He has over four hundred Research articles in Indian and International Journals and was the first to Initiate Underwater Archaeological exploration of the Coast of Pumpuhar in Tamil nadu.

He directed the Sound and Light programme at the 17th cent Royal Palace at Madurai in 1980.He appeared in the London High Court as an expert witness in the now famous London Nataraja case and was mainly instrumental in winning the case that brought the Nataraja back to India. Along with Dr Kapila Vatsyayana he started the now world famous Chidambaram Natyanjali Dance festival 30 years ago.

A keen student of Music and dance he himself led twice troupes of Dancers to Germany, Sweden, UK, USA and Canada presenting many dance dramas on historic themes. He has been awarded by the Tamilnadu Government, the prestigious Kalaimamani title for his contribution to Tamil Art and Culture. Receipient of several public honors he was recently awarded the “Sekkilar Tamil Peraciriyar” title for his contribution to the study of Periyapuranam. His Website <tamilartsacdemy.com> is a mine of Information.